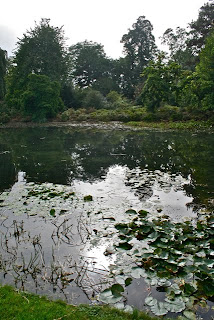 Gent's first botanical garden was established in 1797, at the former Baudelooabdij (Baudeloo Abbey), in the wake of Napoleonic conquest and subsequent educational reform, which — among other things — called for the creation of such gardens in cities of Gent's stature. When the University of Gent was founded in 1817, the Baudelootuin (Baudeloo garden) was placed at its disposal, with the professorship in botany linked to the directorship of the botanical garden. It's an arrangement that persists to this day, with the university's Faculty of Science currently acting steward.

Once the garden outgrew its original location, the Botanisch Instituut (Botanical Institute) as it was then known was relocated to its current site, southeast of the then recently-created Citadelpark (Citadel Park). It's occupied that same location since opening up its gates in 1903 onto a new complex consisting of an open air garden, a greenhouse, a palm house, an orangery, and a number of experimental greenhouses, as well as a new institute building.

To meet the requirements of its expanding collection, new greenhouses were constructed between 1931-32, which were in turn replaced 40 years later with a new palmarium in 1970, and three large public greenhouses constructed between 1971-72. A rock garden was added in the early 1950s, while the Gothic Revival institute building was razed and replaced with a Modernist steel, glass, and concrete high-rise which continues to completely dominate the scenery to this day. 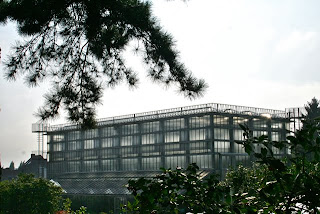 The Plantentuin Universiteit Gent (the Ghent University Botanical Garden), as it's known today, is currently home to more than 10,000 plant species inhabiting the 2.75 hectare (≈ 6.8 acre) site, including 4,000 m² (≈ 43,060 Sq Ft) of heated and unheated greenhouses. Three large greenhouses and a succulent house are open to the public, presenting tropical and sub-tropical plants, while over 20 smaller ones are dedicated to research and specialised collections are open only to staff and students. 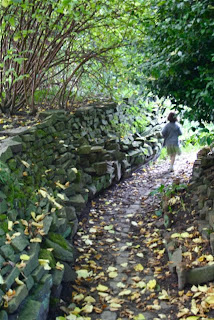 In the tropical hothouse, banana, baobab, cinnamon, kola nut, mango, and rubber trees can be found, while the sub-tropical hothouse includes specimens of the camphor laurel, citrus, eucalyptus, and pomegranate trees, as well as castor-oil and tea shrubs. The indoor pond of the Victoria greenhouse and its giant water lillies, adjacent to the other two greenhouses, is in turn surrounded by "economic" plant varieties like cacao, coffee, cotton, papaya, rice, and sugarcane.

Hardy plants are grown in the open air garden, dominated by a large pond, arranged into several areas: the rock garden (mountain species and alpine plants), the medicinal, mediterranean, and vegetable gardens, and an arboretum divided into European, Asian, and American "zones" — reflecting the phylogenic relationships between the plant taxa. Additionally, the Faculty of Science houses a herbarium (over 300,000 specimens), and a seed (diaspores) collection, as well as a small botanical and horticultural library (some 500 volumes).

The botanical garden, open throughout the year, is not only a major source of study material for students (including primary and secondary school pupils) of biology, biochemistry, biotechnology, geology, geography, and related sciences. It also lends out plants to other university departments, while its palmarium and Victoria greenhouse in particular are a popular venue for exhibitions, receptions, and serve as the venue in which biology masters students defend their theses.

(More images of the botanical garden.)