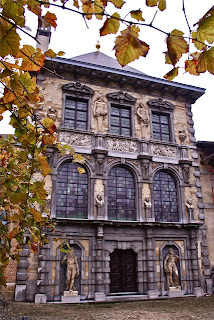 In 1610, after returning from Italy and marrying artist's model Isabella Brandt (1591 — 1626), Flemish diplomat, painter, graphic artist, designer, and collector Peter Paul Rubens (1577 — 1640) purchased a property on what was then Vaartstraat (now the Wapper) in Antwerpen (Anvers). Having specifically received permission from the sovereigns of the Spanish Netherlands to establish his studio in his ancestral home town rather than at the court in Brussel (Bruxelles), Rubens set about altering the residence in subsequent years. Though famous in his own time for his paintings of various religious and mythological subjects, portraits, landscapes, tapestries, and scenes inspired by historical events, he's perhaps now more readily associated with "rubenesque" figures, given his penchant for painting mature, fully-developed women, rather then abnormal, starved wretched wenches of the sort widely idealised today. 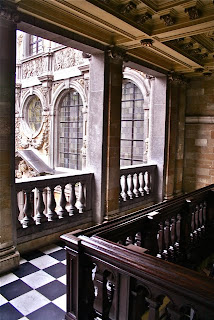 In accordance with his artistic ideals, Rubens added a "fully-developed", Baroque portico and studio, a semi-circular 'Pantheon' to house his art collection (one of the largest in Antwerpen at the time), and laid out a garden, all inspired by Greco-Roman antiquity and the Italian renaissance. The new structures gave the otherwise quite traditional 16th century residence the resemblance of an Italian palazzo, and were unequalled in Antwerpen at the time. The façade of the studio (where some 2,500 paintings were produced with the help of the artist's colleagues, assistants, and pupils) in particular demonstrates how the Rubens' stay in Italy influenced not only his paintings but also his ideas about architecture.

Notable among the rare paintings on display throughout the house are Adam and Eve, one of Rubens' earliest known works, finished before his departure for Italy in 1600, and his acquisition of his more familiar expressive style, as well as Henry IV at the Battle of Ivry, one of his last — and unfinished — paintings, revealing the technique and collective effort dedicated to its creation. Equally notable is one of only four self-portraits Rubens painted, dated to around 1630, when the artist was in his early fifties. Apart from its rarity, it also differs from, say, the many self-portraits of Rubens' contemporary Rembrandt, in that Rubens chose to present himself in the guise of the distinguished gentleman diplomat he mainly appeared to have thought himself as, rather than the painter — the Flemish Baroque master — which became his distinction. 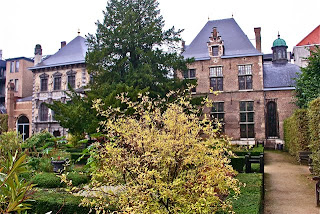 After Rubens passed away, his second wife, Hélène Fourment (1614 — 1673) continued to live in the house, even renting it out between 1648 and 1660 to William and Margaret Cavendish, refugees of the English Civil War, who established a riding school there. Once the Cavendishes moved on, the residence was sold by Rubens' heirs. Largely ignored and subjected to various renovations, it was acquired by the city of Antwerpen in 1937 and, after a thorough restoration, opened as a museum in 1946. The reconstructed Baroque garden, restored in the 1940s, was completely relaid in 1993, leaving the portico and the garden pavilion as the sole authentic parts of the 17th century complex — though all the plants currently grown in the garden were known in Rubens' time, including sunflower, tulips, fritillaries (misionbells), and potato plant specimens imported from "the New World" as decorative plants. 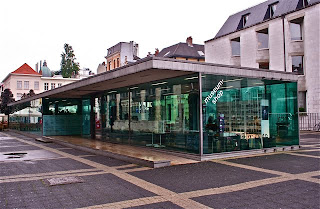 A glass pavilion, designed by Stéphane Beel (with Maur Dessauvage and Laurent Ney), housing visitor facilities — such as reception, cloakroom, and shop — separate form the actual residence itself, was constructed on the Wapper in 1999. This elegant solution to the type of space-related problems similar museums face (most historically important residences not having been designed with streams of visitors in mind) allowed the Rubens' residence to remain largely unaltered. The elaborate style of the courtyard, with its myriad of symbolic details, also make it quite clear the the exterior of the residence — facing the Wapper — was of little interest to Rubens. The residence rather gives the impression of being inhabited by someone who enjoyed living surrounded by art and beautiful objects, but had little need or desire for obvious ostentation, and who certainly didn't fit the stereotype of a struggling artist.